How Does the Story End?: The 2022 Birmingham Entrepreneurial Assessment 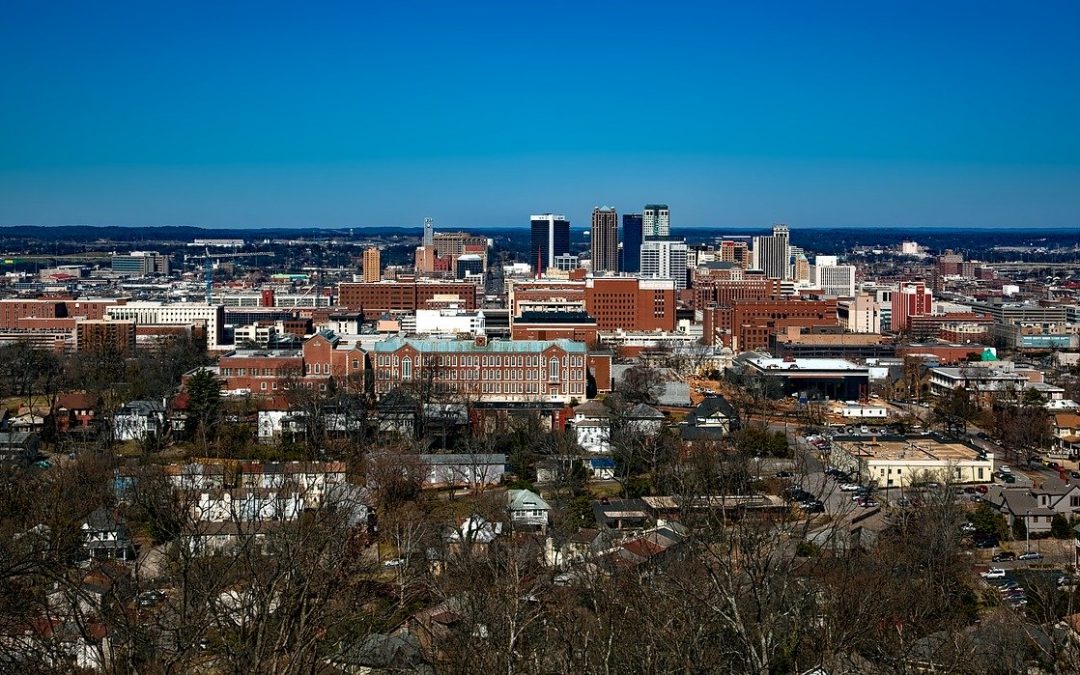 I have said this before, and I will probably say this again, but to grow our entrepreneurial economy, we need to directly invest in companies. We do not need to blindly invest in them, but we do not need to commission another study on the ecosystem. We need to be smart, but we do not need to be frugal. Most importantly, we need to pull in institutional money from outside of Alabama (Why? Because we simply do not have it here). We have laid the basis for a great flourishing of enterprises in Birmingham.  But unless these businesses have the capital support to grow, they will stall.

Consider: when we released our report last year, we had 86 funded start-ups on the list, a decrease from 2020. This year we have 104, which is a great increase, particularly considering the fact that the overall capital markets were down. Alone, this is great news. However, when you dig deeper you see this number is somewhat distorted. The accelerators as well as the grants and similar programs, coupled with a more robust pre-seed angel network, are helping companies begin their journey.

However, we do not see that same funding activity at a higher dollar level, and this is problematic. The key unresolved question for me is whether we are building a great slate of start-ups only to have them wither on the vine. I believe we are not doing nearly enough. This is not just about pulling venture capital into the state; we also need to more professionally manage our investments and our start-ups to position them for later success.

Going forward, one key metric to which we will be attuned — and hopefully the community will be as well — is Series A funding. This is a little tricky because there is no clear definition of “Series A,” but let’s say that it is between two and twenty million dollars. At this level, funding sources more likely than not need to include a professional investing firm. At the very least, someone serious and professional needs to have looked at the business and to believe it to be credible. In 2022, according to Crunchbase, we had six funding rounds that fit this definition: Conserv, REPOWR, BoomNation, GoodJob Software, Fresh Technology, and Immunowake. In 2021, we had seven: StreetMetrics, Datacy, Linq, Help Lightning, GoodJob, Alveolus Bio, and Prepaid2Cash.

Going down to six Series As in 2022 from seven in 2021 is not a complete data set. Macrofactors in the economy certainly were worse in 2022 than 2021. Several key industries – bio and fintech in particular – were off. Nonetheless, it is foreboding.  Are we preparing a bunch of seed-level companies that will not be able to advance merely because of our geographic location? I fear so.

This is an intuitive hunch about which I hope I am wrong, but to give you a deeper sense of my reasoning, consider a brief history (from my perspective, at least) of the last thirty or so years. This provides the necessary perspective to see where I think we are going (or not going):

Mid-1990s through 2001: Paltry Activity. Yes, some successful companies formed in this period, but communally, we did very little. The Entrepreneurial Center and OADI, predecessors to the Innovation Depot, began, and some companies flourished — ComFrame and Emageon, for example — but these were the exception, not the rule. When the dot.com era began, we did not see the flourishing of tech company growth.

2001-2007: Premature Celebration of Doing Nothing. When the dot.com bubble turned into a dot.bomb, we were overjoyed because Birmingham had a diversified economy – automotive, financial and construction industries – so we were fine. We ridiculed the craziness of the West Coast, which confirmed the idea that an economy based on tried and true economic engines was perfect for the great state of Alabama.

2008-2012: The Doldrums. As it turns out, an economy based on automotive, financial and construction industries was not a good thing. Everything got hammered in the economic crisis.

2012-2017: A New Beginning. Fueled by a renaissance in downtown Birmingham, new companies began to sprout up. This culminated in a year that brought huge exits for Shipt, Hospicelink, and Therapy Brands. The hard work was done beforehand to get to the headline exits, but with these headlines, Birmingham took notice.

2017-2022: Golden Opportunity. In this period, we have seen a plethora of new start-ups (see our Funded Start-Up Lists), multiple follow-on investments, and a handful of exits. We went from few to a plethora of resources for companies: Alabama Launchpad, the Alabama Innovation Corporation, Techstars Alabama EnergyTech Accelerator, Prosper HealthTech Accelerator, and the Velocity Accelerator, just to name a few. To those who have had a long career in this ecosystem, this period was what we had always hoped to see. For a city sometimes hell-bent on not funding great companies, we may have even swerved the other way. Only time will tell how it plays out.

2023: TBD. Will the previous period spawn the recycled capital necessary to fuel a healthy entrepreneurial ecosystem? Will the spectacular gains of companies created during the Golden Opportunity period draw more capital into the ecosystem, or will spectacular failures deter the early-stage asset class?

My rationale that we are coming to an end of economic period is again perhaps more of a hunch than a logically defensible position. First, I feel like we as a city now know the benefits of entrepreneurialism. If you went back just a decade ago, a Birmingham entrepreneur was a rare species, a unique bird, possibly not from here. They were akin to the long-haired hippie freaks. Now, the Rotarians and Kiwanis have heard the stories of the founders. Founders are being admitted to clubs (social and civic). If you start a company, you now embraced in society and not ostracized. While some continue to doubt the economics, the debate is around the risk versus the reward, not whether or not money can be made at all.

We have also studied – perhaps ad nauseum – the benefits of the entrepreneurial ecosystem and of the jobs they create, and we’ve seen many examples of both. While tactics may be debated, we are clear that the economy is in flux and in order to best position the city, we need to adopt, encourage, and invest in these new companies. Bringing existing companies into Birmingham is far riskier than creating great new companies in Birmingham.

We are also beginning to see an elevation of sophistication in early-stage companies as well. Both founders and investors are more familiar with the rules. Investors know about SAFEs, convertible debt, and caps; founders know better what is required to get that funding and what must happen with it.  While still an inherently inefficient market, the early-stage market is becoming more navigable and more rules-oriented. While much needs to be done, things are moving in a good direction.

First, the full story is only written in hindsight and with some distance. I do not think we have that hindsight. We have planted a lot of trees — young companies — and only time will tell whether they will grow. We have created a lot of systems as well, and only time will tell if they will be successful. I know that some people who labored in the 1990s thought they were doing everything successfully.  Collectively, we can make the future we want, but we have to intentionally invest in it.

Second, we must remember that as an entrepreneurial and innovative community, we are young.  Birmingham was born as an industrial town whose growth was funded by people who did not live here.  Currently, our main economic engine is UAB, which is great — but again, it is not funded by the people who live here. Innovative ecosystems have a generous cycle of capital – founders grow a company, exit, reinvest. We are getting some of that, but we are nowhere close to other cities. We must realize who we are, and while we can take pride in that, we must also realize that many other cities are doing the same thing at the same or at a higher level and have had a head start.

Third, from my perspective at least, we need to treat the work that we have done as incomplete.  Start-ups have to grow, mature, and develop. First and foremost, they have to be good companies in the right market at the right time with the right team. Our primary role is to support the founders, who are “in the arena”2; we need to ask them what they need, but primarily to give them the right conditions and get out of their way.

For those of us not working in a start-up who want to encourage this, we need to invest. For me, that means focusing on pulling more risk equity capital into the ecosystem. There are specific ways in which we can do that:

If you work in government, you need to:

If you are a corporation that wants to help:

If you work in a corporation or other large organization and are interested in entrepreneurial work and want to get involved, my suggestions (in order):

When I talk to people, they always say that they want to make Birmingham a better place to work and live; they often want their kids to come back and live here. Across the board, regardless of race, demographic, gender, or anything else, that almost always comes back to good jobs that give you the security to raise a family. That means creating good companies – and creating good companies requires the investment of cash directly into them. Other things are great, needed, and necessary, but without equity capital, they will amount to nothing.

We can create a great economy and we can write a great ending to this chapter. But that is not going to happen by simply wishing it into existence. It is going to take investing capital directly into investable businesses.

1 When we started tracking the Funded Start-up List, Birmingham’s only accelerator was the Velocity Accelerator. Since that time, Birmingham has added a Techstars program and the Prosper HealthTech Accelerator. Additionally, Gener8tor and Launchpad have increased their funding activity. All of this is great, and we are very supportive. However, because the terms of these programs often, if not always, includes funding, several companies are included on the list simply by being a member. This has increased the number of start-ups who are raising funds in this new (to Birmingham) way.

2“It is not the critic who counts; not the man who points out how the strong man stumbles, or where the doer of deeds could have done them better. The credit belongs to the man who is actually in the arena, whose face is marred by dust and sweat and blood; who strives valiantly; who errs, who comes short again and again, because there is no effort without error and shortcoming; but who does actually strive to do the deeds; who knows great enthusiasms, the great devotions; who spends himself in a worthy cause; who at the best knows in the end the triumph of high achievement, and who at the worst, if he fails, at least fails while daring greatly, so that his place shall never be with those cold and timid souls who neither know victory nor defeat.” – Teddy Roosevelt  (SIC- the sexist language of the day: this applies equally to all persons, regardless of gender.)