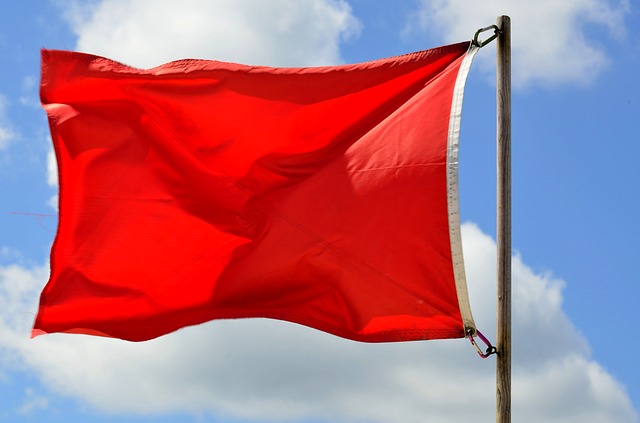 Because we want to stay true to our mission – to help in creating and building Birmingham businesses — we don’t want to say no too often, put in place strict rules, or create hard-and-fast criteria. Early-stage businesses, by definition, are typically works in progress, evolving and creating but almost always incomplete when it comes to investability. That creates the risk and the reward. We want to help, advise, consult, and invest in as many start-ups as possible. Later stage venture capitalists typically do have rules and stricter investment criteria. This allows for better execution on an investment thesis; it also allows them to sort more quickly through the myriad of opportunities.

That said, we do have two hard-and-fast red flags: fundamental dishonesty and illegality.

Those seem simple and, in many ways, they are. It is pretty easy to draw that line. If asked, most everyone would concur that staying away from people who operate illegally or who are fundamentally dishonest seems like a simple rule. And indeed it keeps us from dealing with toxic people – assuming, of course, we know that they’re toxic on the front end. But therein lies the challenge: how do you know if there are red flags before you invest or start working with the company?

Figuring out if someone is fundamentally dishonest is usually a challenge simply because no one who is fundamentally dishonest is going to tell you as much. Have you ever had coffee or drinks or a meeting with someone who said, “You know, I love to lie”? Me neither. People lie for many reasons, but being honest about the fact that they lie is something people never do. They might not even know that they are lying because they believe the lie.

So, how do you know if a founder is lying? You look for the little tells. Some investors will not invest in people who have had affairs: if they would cheat on their spouse, what would stop them from cheating on their business partners? In many ways, this is fair, but the stresses and particularities of martial covenants are not directly applicable to business, so I do not believe this is a fair disqualification. Nor do I believe you are fundamentally dishonest if your future projections do not come true. If you tell me you will have something tomorrow and you do not have it tomorrow, you may be unprepared, overly optimistic, or just incompetent, but you are not necessarily fundamentally dishonest.

It is actually the little things that are the easier tell for me. Once, I was in a meeting with someone that was interrupted by their co-worker, who said that someone had stopped by to meet with them. “Tell them I am not here,” the person I was meeting with said. That was a small white lie. No one was really hurt, but it was very telling. If they could lie that easily, how could I trust them? They could have said it so many different ways (“I’m busy, ask them to come back later”), but they chose the dishonest way. That is a big red flag.

Similarly, operating within the confines of the law is not as simple as one would want or expect. Yes, of course, we will not advise or invest in your cocaine business, but the question is never so cut and dried. Each endeavor has its own nuances, and the challenges are more complicated. When I was practicing law, my client, a moving company, kept telling me about the regulator in Montgomery. I had no idea what he was talking about; I had incorporated him, but that is a fairly simple process that didn’t involve any sort of regulation. Unbeknownst to me, moving companies are regulated by the state Public Service Commission. Working fully within the confines of the law is sometimes much more complicated – and difficult – than it may sound.

Sometimes, it is difficult to know where to draw the line. For instance, what about the plethora of companies working towards the day when marijuana becomes recreationally or medically available? Since marijuana is illegal today but may be legal tomorrow, is it fair to restrict those businesses? And what about just operating outside the regulatory norm — not complying with Reg D in securities law, for example. Do you refuse to work with the company, or do you say, as is technically correct, that Reg D is just a safe harbor?

Even our two hard-and-fast rules are far more complicated than they at first may seem. Nonetheless, these red flags provide helpful ways for us to work with early-stage companies. If those two red flags aren’t present, we should be able to pursue and work with most everyone (except for the jerks, as life is too short for them). However, I think it is important to put it out there. As entrepreneurs progress, the criteria and the guidelines become more stringent. Therefore, even in the early stages, entrepreneurs need to put themselves in the shoes of the investors and consider: What are the things that I am doing now that would produce a hard no later? If you can correct yourself, you would be wise to do it.