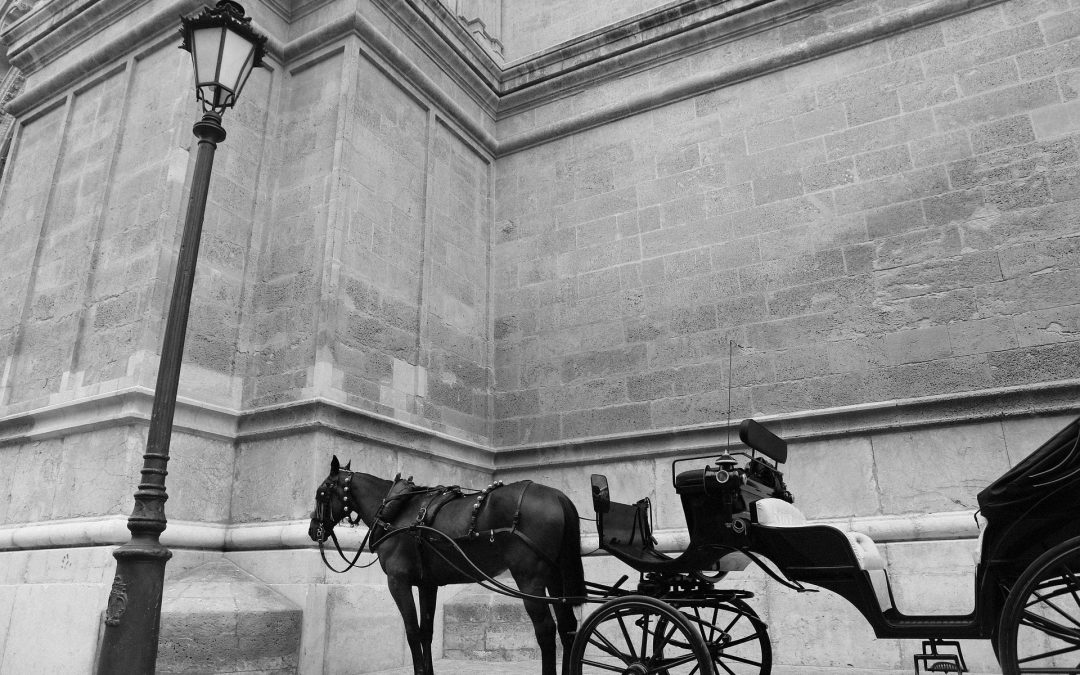 You know who’s not good at fighting fires? Arsonists.

In the late nineteenth century, New York City had a huge pollution problem: horses. Specifically, horse poop, which littered the streets. The average horse produces 20-50 pounds of manure a day; New York had 500 horses per square mile. You do the math. Additionally, dead horses were left to rot on the street, compounding the crisis. The solution? The car. The clean, reliable automobile solved the problem.

Of course, we now know that the automobile created bigger problems. For a start, cars kill more people than horses. Now, a little over century later, the carbon footprint left by the automobile makes it one of the largest culprits in the climate change discussion.

This story illustrates the dilemma of unforeseen consequences of solving societal problems: solving one problem often creates another. This is very much true for social capital. People tend to gravitate toward economic incentives, but it’s sometimes difficult to be sure that economic incentives are aligned with real, sustainable, positive change. There’s a persistent debate about social capital: can you really do well by doing good? And are you actually doing any real good? Are the economic incentives associated with social capital really helping, or are they aggravating the problem – or creating new problems?

The Indian Microfinance Crisis of 2010 is an example of this issue. Beginning in the decade before, microfinancing — small loans given to help lift people out of dreadful poverty — had shown promise, helping some people and communities rise to a higher level, economically. You can read more about the benefits of microfinancing in Vikram Akula’s A Fistful of Rice: My Unexpected Quest to End Poverty Through Profitability. Based on these early positive results, a plethora of microfinance companies sprung up. The initially well-intentioned programs led to unregulated lending, often of a predatory nature. In this case, doing well by doing good actually, in the long run, did harm. From the ensuing crisis around SKS Microfinance to the crisis in Andhra Pradesh in 2010, social capital caused more economic injury than growth.

The question with no real good answer is whether, in the end, well-meaning programs do more harm than good. Anand Giridharadas is a leading critic of the social capital movement. In his book Winners Take All, Giridharadas presents the thesis that we can’t trust capitalist institutions to solve problems that capitalist institutions created. The winners and influencers of the capitalist system – specifically, large investment banks such as Goldman Sachs and consulting firms such as McKinsey — control much of the world’s economic resources. These economic systems and the related institutions have also arguably created or aided and abetted the world’s problems. Climate change, extreme poverty, and racial and social injustice are arguably creations – or, at least, symptoms — of capitalism. According to Giridharadas, to think that capitalists can now solve these problems is foolish, as their solutions are not particularly helpful:

The initiatives mostly aren’t democratic, nor do they reflect collective problem-solving or universal solutions. Rather, they favor the use of the private sector and its charitable spoils, the market way of looking at things, and bypassing of government. They reflect a highly influential view that the winners of an unjust status quo – and the tools and mentalities and values that helped them win – are the secret to redressing the injustices. Those at the greatest risk of being resented in an age of inequality are thereby recast as our saviors from an age of inequality.

–       Anand Giridharadas, from the prologue to Winners Take All

Of course, the opposite thesis is that capitalism has helped raise the standard of living, which has in turn provided an equitable and, on the whole, fair way of allocating resources. While it certainly is not perfect (and capitalists will cast Giridharadas as a “perfectionist”), the capitalist system is the best we have. In recent years, it has resulted in huge gains in terms of economic growth and the standard of living worldwide. See Hans Rosling’s Factfulness, in which he writes that, globally, less people are living in extreme poverty.

While I have some thoughts on this larger issue as well as the more granular issues, those thoughts are for a later day. However, allow me to briefly offer two high-level thoughts for the discussion:

[And let me also add that I am very much guilty on both accounts of ignoring these perspectives.]