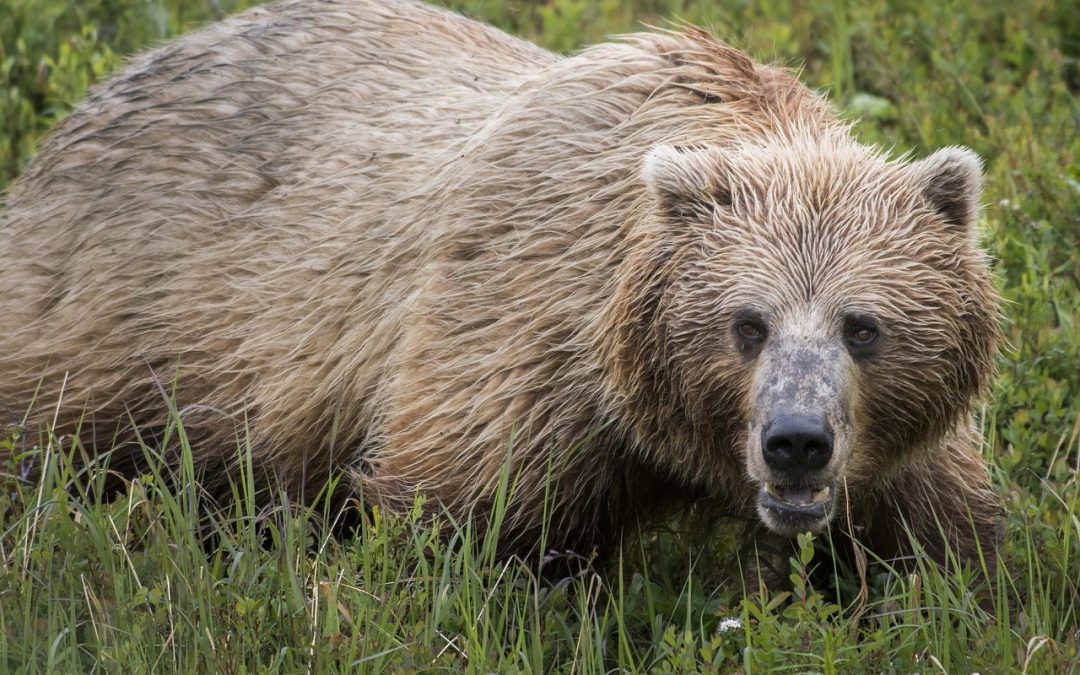 This essay has one symbolic animal, two analogies, and a couple of disparate themes. That’s allowable in essays in 2020.

While my fear of bears came into focus with Night of the Grizzlies by Jack Olsen, I can actually trace its origin to an earlier time. When I was five and going to my grandparents’ farm in Greene County, I asked (not sure why) my grandfather about bears. Were they in Alabama? Yes, but very few. In Greene County? He didn’t think so, but he couldn’t swear to it. Could they eat you? Yes, but they really never did, particularly the kind of bear in the Eastern US.

For those of us in the rational world, particularly those with any knowledge of Greene County (the county southwest of Tuscaloosa), the chances of a bear attack are nil; while the area has some dangers, bears are not one of them. To my five-year-old self, however, the fact that there was even a chance, at least according to my beloved PawPaw, scared the living dickens out of me and kept me up at night (or maybe it was the Hawaiian Punch my grandparents served as a bedtime drink).

Thus began my irrational fear of bears. Night of the Grizzlies only amplified that fear. It’s a terrifyingly good read about the 1967 night where two women lost their lives in Glacier National Park in two separate bear attacks. For me personally, it was not the best read before backpacking in Glacier, where my paranoia probably did not sit well with my fellow adventurers. To this day, I am still scared of bears.

Of course, being an adult, irrational fears do not sit well with anyone, so I have studied up a little. While I’m no expert, I’ve generally summed up my fear as follows: grizzlies are the most dangerous bears (or maybe polar bears are, but I’m never in the Arctic and apparently climate change is wiping them out); they only live in certain areas; by and large they want to be left alone and most attacks can be traced to not leaving them alone, particularly attacks by female bears; but every now and then, a random bear will just attack you. This last point – sometimes, when you go into the woods, you just get eaten – is, of course, the one (maybe irrationally) that sticks with me.

In business, bad things happen all the time. As a lawyer, I saw it often: a patent troll picked up your concept; a co-founder went through something bad in his personal life and took it out on the business; a chief customer canceled the contract — and these are merely the legal catastrophes. Day-to-day business has its own catastrophes. Plan all you want, but random, negative acts can and do destroy businesses every day. The business world is full of bears.

My oldest child went to college this year, and in the ritual of parting is the inevitable nostalgic review of her growing up: and, in this, comes another symbolic bear story. When she was in kindergarten, her teacher asked what she was afraid of in one of those get-to-know you worksheets. She said “bears.”  When I asked her why she was afraid of bears, she told me that it was because of me: If you’re scared of bears, then I am scared of bears as well. And so, with a mixture of pride and embarrassment, I realized that I had passed my neurosis down to my eldest. I was happy that she realized that she was not always at the top of the food chain. I was sad that she was scared of something that in Birmingham, Alabama really should not be on the top of the list. I realized that my words and actions – for good and bad –loomed large for the people in my sphere.

And those conflicting dynamics are what trouble me now. With COVID-19, we’re realizing that there are probably more bears out there than we anticipated. Dangers — real or fake, seen or unseen – can sink businesses more quickly. So when we help entrepreneurs, we have to encourage them but at the same time be realistic. We have to champion them, but make sure they know that there’s no guarantee of success.

I also worry that fear is driving us apart. FDR’s words – “We have nothing to fear but fear itself” — now seem not to be a call to action but a prescient warning: by using fear, we can manipulate people into doing what we want. Fear of COVID-19, fear of ANTIFA, fear of socialism, fear of right-wing extremism, fear of left-wing extremism: our leaders, particularly our president, are using these fears to divide. They take a kernel of truth and use it to justify extreme views to our societal detriment. We are encouraged to stay out of the wilderness, not to push forward, not to build a better society.

So I am still conflicted and confused about bears. If you’re worried about bears behind every tree, you do nothing, but if you pretend that bears don’t exist, then you may get eaten. I guess they just are what they are. Lyle Lovett wrote a song about bears, and much like his marriage to Julia Roberts, I don’t think it makes much sense. Maybe he was just as confused about bears as I am. However, it is a good song with a good melody and I enjoy listening to it. The lyrics, abstract as they are, provide us with a little perspective on the bears out there: