2021 Assessment Of The Birmingham Entrepreneurial Community 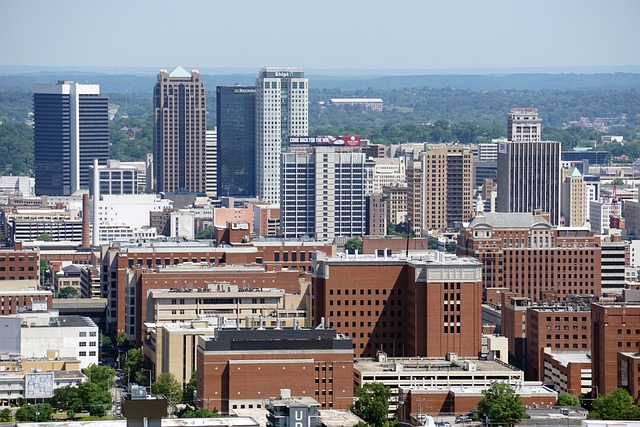 As always with the new year, we’re taking some time to pause and reflect. First Avenue does so by compiling our annual list of funded start-ups in Birmingham, which helps us analyze the health of the city’s entrepreneurial ecosystem. I also like to take stock and look back at some of my earlier articles and assessments and to ask people familiar with the ecosystem what they are thinking about its current status. When I do, three themes emerge:

When compiling the 2021 list of Birmingham Funded Start-Ups, we saw a decrease in the number of funded start-ups.  In 2020 we had 86. In 2021, we had 81. We did see a healthy number of Seed, Series A, and Pre-Seed (Pre-Seed being defined largely as anything not classified in the foregoing) rounds. We also saw a healthy number of exits, which is pivotal for an emerging ecosystem. However, we also saw a lot of fade-outs – something that is inevitable but still disappointing. While the list does show that some aspects of the ecosystem are strengthening, this negative news is discouraging.

Additionally, we saw a significant number of companies move to different cities. This latter trend is something that I think will continue. Zoom and remote work have their benefits, but they also allow for less “stickiness” to any one city. In some cases, this is a positive thing for Birmingham. People love the city and move here from the costlier coasts, which helps build the community. But when the love fades, people can just as easily leave, and in several cases, companies have indeed left. Remote work is to the entrepreneurial community what the transfer portal is to college football: it giveth and it taketh away. We have defined “located in Birmingham” in a broad and generous light, but I see this question evolving. What exactly is a headquarters or a location? It’s a difficult question to answer, and it’s a question that may make any objective measurement of the entrepreneurial ecosystem’s health more challenging.

Which leads me to the first of our aforementioned themes: our ecosystem is not as strong as we think it is. Yes, there is much that we can and should celebrate, but we also need to take off the rose-colored glasses and see things as they really are. The mindset of most Birmingham start-ups remains parochial and local. We try to boot-strap things when instead we need real funding. We fall for shiny objects. We do not dig and do the hard work when analyzing a start-up’s potential.

Consider the following: Alabama had a record-breaking year in venture capital funding in 2020 – $179 million – but California had an $81 billion year. Yes, Birmingham has a lot to celebrate; we have had successful fundings and successful exits, but let us not delude ourselves. Though the funding gap may not be as wide as it was in previous years, the ocean between VC hubs and middle-tier markets like Birmingham is huge. On a per capita basis, Alabama (population 5,030,000) received just over $35.58 in venture capital funding. Comparatively, California (population 39.23 million) received $2,066.00 per person. Say what you want about the hippie socialist West coast, but that is 59 times more of an economic driver.

Comparatively, though, when we look outside of Alabama for funding, we find success. Shipt, Therapy Brands, Hospicelink, INFLCR, In8bio, and Prepaid Technologies all found financing outside of the ecosystem, and their success charts a course for others to follow. By looking outside of Birmingham, our perspective is broadened and success is more robust.

The Alabama Innovation Commission is moving in the right direction and pulling influential lawmakers into the process. But their report – with which I totally agree in concept — was incomplete in key areas, overly broad in others, and potentially problematic in its execution ability. Additionally, the corporation board is primarily composed of politicians, and politics tend to be the anathema of innovation. How much better off would we have been if all the money spent with the Hoover Institution was instead actually invested in start-ups?

I think some of this is because we are thinking too small. We are trying to satisfy everyone, which means no one will benefit. Politics – whether formal at the state level or informal within the ecosystem or individual companies — are the restrictor plates of the entrepreneurial ecosystem. When institutional venture capital is out in abundance, why are we not building businesses for that capital? While not every entrepreneur can or should be working towards the Series A,B,C rounds of funding or an IPO, a well-worn path exists for ready, willing, and able risk-takers.

Which leads me to my next theme: we need more and better equity funders in the ecosystem. If you look behind the curtain at the funded start-up list, you will see that several share the same backers. This is all well and good, but if the goal is to get more funding into the ecosystem, these equity sources cannot do it on their own. If only 10 sources consistently fund businesses with equity and the goal is to get to 200, how is that going to work? It won’t. However deep their pockets, with such limited sources of equity, the human and financial capital will run dry.

We need more Pre-Seed, Seed, and Series A funders in this community. We need people who are actually, actively investing. We need more funds. We need institutions who have large amounts of deployable capital to work with people and firms to invest in this economy. We do not need champions; we need investors who are doing their homework and rolling their sleeves up.

This salvo is not a charitable ask: if done right, I think early stage investing leads to high financial rewards commensurate with the high risk. However, we rarely do it right. Too often, investors play a wait-and-see game: they wait to see which one of the many start-ups succeed and which ones fail. While I understand the financial principle — create optionality until that’s no longer possible — as institutional capital flows more towards the early stage companies (and I think this is a permanent trend), local capital will get shut out. This will limit our local impact and risk capital outflow away from the city. Local ecosystem investors and participants need to be more proactive — more definitive with yeses or nos and not maybes, more willing to lead, and more willing to pay people through fees, carries, or other incentives.

Why is this important? My final theme: a paradigm shift is underway. When I wrote the mid-year assessment in July 2021, I remarked at how we were in good times economically, but honestly did not have a good answer as to why. That continues, but as we have moved through the year, my thinking, like that of the Fed, has shifted from this being a transitory issue to a fundamental shift. Investing in the innovative economy is not just a good way; it is quite possibly the only way.

Since the mid-year assessment, when I was not really sure why the start-up world was as hot as it was, I have come to believe that a more fundamental change to the economy and perhaps society is underway. A congregation of forces – supply change issues, blockchain, remote work, and responses to Covid like the vaccines and promising new treatments – are pushing our economy in a new, more innovative direction. I may be completely wrong, but I predict that we are just in the beginning of fundamental changes in the economy, and like the mice getting off the sinking ship, early-stage investors are deploying capital away from the sinking ship of the old economy and into new endeavors.

The “overhot” VC market does not look overheated at all when you envision a world in 5 to 10 years in which these forces have more materially played out. In that world, companies, both old and new, that embraced innovation will have dramatically disrupted those that did not. If you knew that 50% of the companies that comprise the S&P 500 were going to go out of business while the other half would grow exponentially, would you think differently about your investments in younger companies today? For Birmingham, what new company is going to put its name on one of the large buildings, and what old company is going to have its name come off? When you look at things from that perspective, the “super hot” VC market may not be that off the mark.

In order to remain relevant, vibrant, and economically healthy, Birmingham and Alabama need to embrace this change – which, of course, is not our forte. But I think that if we spread the risk, work in the incremental, and listen to and fight against our tendency to underinvest, we will have a better community. That, at least, is my professional mantra for 2022 and the years beyond, and I invite you to join me.