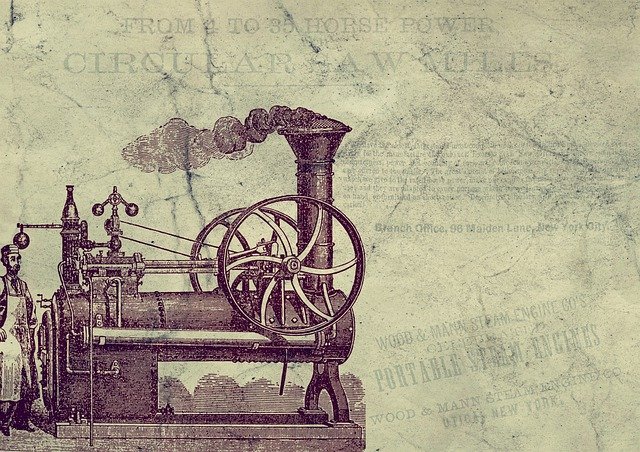 For some reason, my reading habits changed during the pandemic. I certainly had more time, but that did not lend itself to me reading more business books. When the world is falling down around you and your days are spend in dread, do you really find comfort in a tech bro telling you how to get more out of your day, more out of your organization, or more out of your life? Not for me, at least.

Maybe what I was subconsciously seeking was clarity. Not so much in figuring out the world around me, but at least clarity on my little piece of it. As we cut through time and space, 2020 showed me the necessity of focusing on things that were important to me and of learning to better articulate disparate thoughts. Books help me do that, and this year was no exception, despite a change in my reading habits.  Last year – pre-COVID – I listed three book recommendations. I still recommend those, but let me add two more for you to consider (particularly if a business book is your cup of tea).

First, I recommend Matt Ridley’s How Innovation Works: And Why It Flourishes in Freedom. This book provides a historical look at innovation, starting with the development of the engine in England by Thomas Newcomen. It explains how this invention, significant though it was for society, was not created in a vacuum. Several people in Britain in the seventeenth century were working on steam engines. And while Newcomen was the one who is ultimately credited with the invention of the steam or atmospheric engine, the culture and environment of England and Europe at the time would have inevitably led to this innovation — if not by Newcomen, then by someone else.

This reiterative process, nurtured in freedom that promotes a culture of experimentation with the allowance to fail, is a consistent factor in innovation. The historical learnings gleaned from innovation  have practical application in today’s world, and for me, it clarified the things that help me work in the Birmingham start-up ecosystem:

I think followers of Brad Feld will be particularly interested in this book. Brad Feld’s commentary about the start-up community has been and remains influential to many people, particularly on the tech side, and especially in terms of the necessity of an encouraging, give-first ecosystem. Ridley’s book – at least from my perspective – provides some historical underpinnings to Feld’s thoughts and ideas. It provides an academic rationale from a historical perspective about how providing the freedom to fail, the freedom to create, and the encouragement to innovate is important, as well as how and why large universities and governments can help foster such an environment — but if they seek to control it, they fail. Although academic and well-researched, it is very much readable.

Secondly, I recommend Erin Meyer and Reed Hastings’ No Rules Rules: Netflix and the Culture of Reinvention. The Netflix story in general is a great American business story, both as a start-up and in its metamorphosis from a DVD delivery company to a large studio. Reed Hastings’ co-founder Marc Randolph provides a great account of this in That Will Never Work: The Birth of Netflix and the Amazing Life of an Idea, which I also recommend.  No Rules Rules, however, dives more into the culture of the Netflix of today.

The culture of Netflix currently is possibly, or at least publicly, driven by the mantra that exceptional people get paid very well, good people get a good severance. There is an expectation of high performance coupled with an empowerment to perform. Failure is not fatal if in the pursuit you tried to achieve high results and engaged the appropriate people. Essentially, a Netflix employee is hired to do a job, paid top-of-the-market to perform in a job, and is empowered to do so, but if the person is not someone who a manager would fight for if a competitor came to call, the person is let go.

The results, at least by the measure of stock price, speak for themselves: Netflix is a high performer and has consistently adapted to meet new technological challenges. This book was released in the summer of 2020, and I am not sure its message resonated, as we were, as a culture, grappling with issues regarding racism and with the realization that COVID-19 would be with us longer than expected. I think this may have impacted the effect, but for me, the cognitive dissonance and the contrast of the world in 2020 and the culture Netflix developed helped me achieve some clarity, particularly around the difficult challenges of people within an organization.

On the one hand, when I have been in situations in which I have to manage people (not my forte), I have been challenged by the decision-making process where I sit – like a Roman emperor — making others do this, spend that, and handle things in a certain way. Go past the ego element involved, and I have always felt like, organizationally, this process is not right. And indeed, as I look at Netflix’s culture, I agree. My failure was that I did not empower the people under me or give them the tools they needed to manage their tasks. I also had not hired people who could be entrusted with decisions. When they asked questions such as can I spend $50 or $100 on such and such, what the question revealed was a lack of empowerment on the organization’s behalf as well as a lack of expertise (because I was too cheap) in the hiring process. I needed to have hired people to whom I could say that it was their job to execute, they were paid to execute, and they did not need me. I failed in that perspective.

But the difference between Netflix and many other organizations (including some in which I am involved) cannot be neglected. Netflix is an extremely large organization with a large capital market.  They have a much larger depth of resources, so they do not have to worry about the expenditures on talent. They also can afford not to develop and nurture talent. This latter part is where I think the Netflix model begins to break down. To create a people-driven culture, you have to create a place where people can develop. The dichotomy presented between the ideal of the Netflix culture and the reality of most other organizations was — to me, at least — a clarifying perspective on how to help build culture and people.

I cannot promise that you will find the same clarity in these two books, but both are well-written, interesting perspectives that the business book reader, I believe, will enjoy. And while I always recommend buying your books at Thank You Books (yes, I am biased), I would like to offer one more anti-Amazon option. If you go to bookshop.org you will find almost all titles that can be delivered, and if you enter the name of your favorite local bookstore, a portion of the profit goes to them.